Bollywood has a large chain on historical movies. Bollywood film producers always had Attraction towards history. There is a large group of people who loves to watch movies made on history. If we look back in decades. Historical movies made quite big business than other entertaining films. Indian history has lots of true legends on movies can be made. Here are some Upcoming Movies About Maratha Empire.

Directed by Ashutosh Gowarikar & Arjun Kapoor, Sanjay Dutt as lead role this movie is going to be the block bustor of this ending year. Movie will be released on 6 Dec. Panipat is based on the great war fought between the the great maratha empire & Foreign attacker Ahmed Shah Abdali. At the time of 1761, When the maratha empire was ruled by the peshwa’s appointed by the Chatrapati of maratha empire. Ahmed Shah Abdali came india with an army of 1.5 lacs of troops.

There was an only maratha empire which was capable of giving answer to him. Peshwa balaji bajirao appointed sadashivrao bhau who’s role is played by Arjun kapoor in this movie as a commander of maratha army. Sadashiv rao bhau moved army towards north. This large army having unneccesory peoples like ladies & kids reached to delhi & did mistake of visiting devonational places rather than concentrating on war planning.

Ahmed Shah Abdali crossed yamuna river & cut of the supply of food to them from the villages. After surviving some days that day came when history was written. Maratha Army & Army of attacters both armies having more than lac troops fought. Historians always had clases about deciding who won this war. It is true that maratha army faced a big loss of toops. But there was also a big loss of ahmed shah abdali. After this great war. No attacker came to India.

Tanhaji: The Unsung Warrior is an Historical movie based on Battle of Sinhagad which was battle fought between the great Maratha & Mughal commanders. Movie released on 10 Jan 2020. Ajay Devgan as Tanaji Malusare & Sharad Kelkar as Chatrapati Shivaji Maharaj and Saif Ali Khan as Udaybhan Rathod will be the great attraction for historical movie fans. Specially if you are coming from india. You will definilty not going to miss this movie.

The great Maratha Empire Founded by Chatrapati Shivaji Maharaaj. Maratha empire has given lots of worrier to the country. Tanhaji Malusare was also one of the great worrier of maratha empire. If you have studied in indian education system. Then you will definitly know about this great worrier. Tanhaji is famous for his battle in which he sacrifices his life to won the very important fort Kondhana for the Swarajya. Kondhana was in control of mughal commander Udaybhan Rathod. He was a rajput appointed by aurangjeb to the kondhana fort.

Which was “Adhi laagin Kondhanyaach, Mag Raybach” Which means Fisrt marriage will be of Kondhana & then Rayba. This movie has the base on this battle. 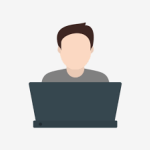